Helping those in need with no expectation of return.

Acting innocent or angelic to mislead others.

Falsely claiming to be in touch with angelic guidance. 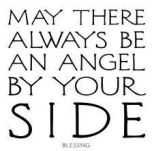 Angels exist in a category unto themselves because they are thought to be living beings of Light and messengers of the Divine.

Almost every cultural and religious tradition on earth features angels of some description, including belief in a personal Guardian Angel in the Jewish, Christian, and Islamic traditions.

Angels are typically represented as winged beings who intervene in times of great need or for the purpose of delivering a message of guidance or instruction from God to humans.

Even though you probably aren’t an actual Angel, you can acknowledge a strong connection to the angelic realm, as noted in people who have a dedication to representing the presence of angels.

Artists who paint their images, for example, authors who write about their interaction with humans, and those whose lives in some way provide a channel through which their presence is physically manifested exhibit a rapport with the angelic realm.

Some people are also referred to as “angels” because of the loving and nurturing qualities of character that they embody. One may also play the role of a Fairy Godmother or Godfather by helping someone in need either anonymously or with no expectation of any return.

The shadow side of this archetype manifests through people who make claims to be in touch with angelic guidance for the sake of control or ego enhancement, or who act innocent or angelic to mislead others about their true nature.

From a biblical perspective, the shadow Angel is frequently associated with Satan or Lucifer, but the Devil or Demon should also be considered as a unique archetype.

Watching movies related to your core archetype especially when going through the process of healing your shadow aspect is a powerful tool to help you understand yourself (your motivations, your passions, your fears – why you behave the way you do). 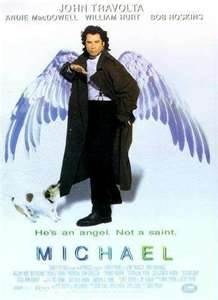