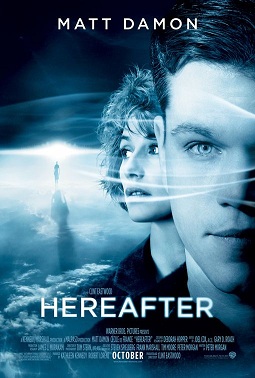 “Hereafter tells the story of three people who are haunted by mortality in different ways.

George (Matt Damon) plays the reluctant psychic with a special connection to the afterlife.

On the other side of the world, Marie (Cécile de France), a French journalist, has a near-death experience that shakes her reality.

And when Marcus (George McLaren and Frankie McLaren), a London schoolboy, loses the person closest to him, he desperately needs answers.

Each on a path in search of the truth, their lives will intersect, forever changed by what they believe might–or must–exist in the hereafter.